update on the eyes

Wow, I always forget how long it takes for my eyes to recover from dilating. Whatever it is they do, it takes a lot longer than usual. This time after I got home from the retina specialist, I just gave up and took an all day nap because I couldn't do much of anything.

Anyway, the statement by the retina guy was, "Either it will detach or it won't." So far, so good. And with my eyes, well, at least I know to be really vigilant. And with detaching retinas, usually being proactive is the best way to save one's sight. I'm all for saving my sight. And believe me, with my bizarre eyes, that has been a chore!

So my advice to everyone is, if your eyes start doing weird things, like flashing lights that you still see even with your eyes closed, or strings of spots that look like teeny black beads on a string, but moving around, or if the tops of letters shear off, or straight lines stop being straight-- go check it out! For most of these things, the sooner you act, the more of your sight you can save.

Better yet, have great eyes to begin with.
Posted by Delle Jacobs at 7:11 PM 2 comments:

Leetle Bit of a Problem

You all go right on and chat. I may be gone tomorrow. If I'm gone all day, I'll be taking care of another retina problem. If I'm back before morning's over, I took care of it already. Or it could be not much of anything. But my surgeon didn't name my left eye Murphy for nothing.

Not to worry. I'm on top of these things. Have fun! Write sexy heroes!
Posted by Delle Jacobs at 9:46 PM No comments:

Marvelous Delilah Marvelle has dropped by today to talk about her sexy heroes. 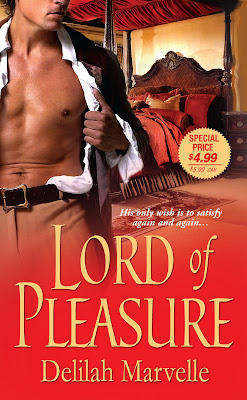 I know, Delilah thinks all heroes are sexy. But I think hers are really, really sexy.

When the beautiful and always charming Delle asked me to blog about sexy heroes, you better believe that I jumped all over the opportunity. After all, if it weren't for the sexy hero, I would be out of job. I would have no story. No motivation. No reason to live whatsoever. Yes, I was born for theater.

So what defines a sexy hero in my eyes? Truth be told, it is like asking me what chocolate I like best. White, dark or milk (although after a chocolate tasting I went to, which Delle was there for as well, there's much, much more than just that...) And heck, I'll be honest, I like it ALLLLL.

The reality is, however, that everyone's definition of a sexy hero is different. What is sexy to one person isn't necessarily to another. Sadly. Which can bring about quite the dilemma when a gal is actually trying to WRITE about the sexy hero. A hero whom everyone has to read and fall in love with. AND find sexy. Sometimes it seems downright impossible to create such a man. I would sooner find him walking down the street. Heh. But I try. 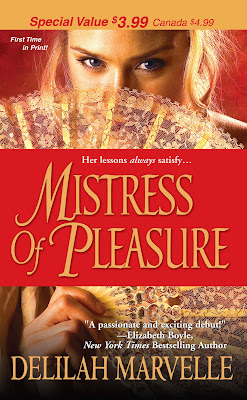 So here is a simplified list I use when creating a sexy hero:

Passionate in his beliefs. Check.

Passionate about the heroine. Double check.

Compassionate. Check. (Without the sobs, that is)

Honest. Check. (Though not too honest lest you never wear that dress)

Good looking. Check. (At least in the eyes of the beholder)

Physically fit. Check. (Because when he's fit, he has muscles. Yay!)

Hair that stays on his head and chest but never the back. CHECK!!!!!!

Nice, tight rear. Check. (After all, one must complement the front)

Truth be told, I could go on and on. But in the end, I think that the sexy hero simply cannot be limited in his sexiness. Or something like that...

So. What is your definition of a sexy hero? And remember, it's quite all right to be superficial.

Our guest today is the incomparable COLLEEN GLEASON, who is going to explain to us just how she managed to break the "One Hero" rules and keep us guessing, debating and fretting through five books. Who would be Victoria's hero? Would she even have just one? Today's the day we find out. And here's Colleen to tell us all about her fabulous and fabled Gardella Chronicles.

WIN YOUR CHOICE! ANY ONE OF THE GARDELLA CHRONICLES SERIES BOOKS PICTURED HERE. Comment, ask a question, and maybe you'll be the one chosen by Delle's totally un-biased drawing machine (random pieces of paper scattered indiscriminately amongst the un-biased cat's favorite treats).

Today, the fifth and final book in the Gardella Vampire Chronicles (As Shadows Fade) is officially released. It’s the last in the ongoing series about Victoria Gardella Grantworth, a female vampire hunter in Regency England. This series has been called “romance” even though, until this fifth and final book, Victoria hasn’t had her happy ever after.

But in this book, she does. It all wraps up.

But, when the third book in the series (The Bleeding Dusk) was released a year ago, readers had begun to start taking sides.

They were taking sides as to which of the two main heroes Victoria should end up with. And, like the discussions around Angel vs. Spike, or Morelli vs. Ranger, sometimes the opinions have been very strong and quite erudite! Even after the third and fourth books, and now into the fifth book, the discussion continues. 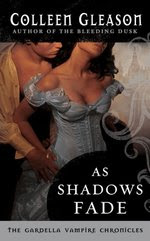 mpliment to me that the readers of the Gardella Vampire Chronicles have been fairly split between whether Victoria should end up with Max Pesaro or Sebastian Vioget. I hear over and over that it’s because the two men are well-developed, well-drawn characters—and yet, very different.

I share this because I thought it would be an interesting topic for blogging here at Delle’s place: about those “multi-heroes”—and whether it’s a trend that romance readers (and writers) like.
Sometimes, when the heroine has more than one man to choose from, it’s sort of obvious that one choice isn’t Mr. Right—either he’s too much of a “best friend” or “brother” or “doofus” or “comic relief” sort of character. Or, as in some of my favorite gothics, he turns out to be The Villain.

But how do you write two men that are equally possibly Mr. Right?

First, though, let me speak about the whole multi-hero phenomenon, and how that affects romance.

We all know that romances have one hero, one heroine, and they ride off into the sunset together at the end of the book. 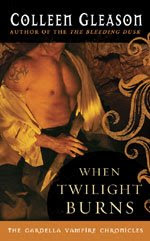 Well, in my books, that hasn’t happened—until today, with the release of As Shadows Fade. (And although I don’t have the space to talk about why my books are labeled romance even though there’s no HEA, you can visit this post on my blog at http://www.colleengleason.com/wordpress/2008/01/26/romance-or-fantasy/ to read the answer.)

But I always guaranteed that Victoria’s HEA would happen—because I have always only planned for five books about her, and I’ve always known that she’d get her HEA in the fifth book. And, in fact, by the end of the fourth book (When Twilight Burns, which was released in August), her choice was pretty clear.

So, I’ve always had an end in mind. And, since the beginning of the series, I’ve known who Victoria’s hero will be. I’ve never wavered from that choice, and knowing where I’m going and what has to happen to get her there have helped me to develop her story, as well as each of their stories—and 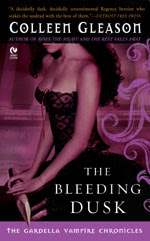 how they relate to her and each other.

I think part of the reason my two main heroes (there are other ones that come in and out of the series as well) have been successful is because I’ve had five books instead of one in which I can develop their stories. I haven’t felt like I’ve had to fit everything into one book, nor have I felt like I’ve had to end each book with a Happy For Now ending, even if it isn’t the HEA. I think that makes a huge difference.

Now, the way I see it, there are two ways to attack a multi-hero storyline: either set up a love triangle (as Janet Evanovich does with Stephanie Plum, and Stephanie Bond is doing brilliantly with her Body-Movers series [she has three men for her heroine to choose from!])
—or make the story be an evolution (as happens in Sugar Daddy (Lisa Kleypas), Hot Shot (Susan E Phillips), and one of my favorite series ever, The Roselynde Chronicles [Roberta Gellis]).

In a love triangle, you’ve got two men vying for the same woman, or the woman wanting one man, and a second man wanting her. In order for it to work, in my opinion, the two men have to both wa 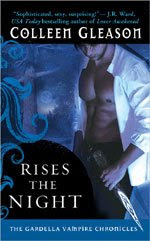 nt her (ergo Janet E’s never-ending Morelli vs. Ranger conundrum) so we feel the pull of attraction for both of them—and the heroine’s own indecision.

An evolution happens in Roberta Gellis’s Roselynde Chronicles—in the first book, Alinor marries Simon, who is much older than she is. She also gets to know his squire, Ian diVipont, who becomes the hero (and one of my all-time favorites. Really. I read his book at least once a year.) in the second book, Alinor, after Simon dies. Bertrice Small also did this with her Sky O’Malley series.

What makes those examples of evolution stories different from what I’ve done with the Gardella Vampire Chronicles is that in each of those other cases, we get at least an HFN at the end of the book…which at the time, we think is an HEA.

While you don’t really get that with any of my books except the last one, you do see Victoria’s relationship 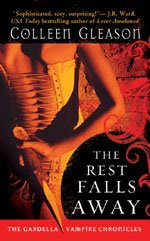 The hardest scenes I have to write are scenes where she interacts with one of the men. I have to make sure they talk differently, react differently, and want different things. I love writing them, but at the same time, it’s hard, hard, hard.

So…what do you think about the multi-hero romances? Can you deal with them, knowing that there will be an HEA…at some defined point? Do you like the opportunity to have more than one hero to lust after? How will you feel if, when the series ends, the heroine ends up with the guy you didn’t choose?

What do you think about this trend?
Posted by Delle Jacobs at 3:00 AM 10 comments: