A VALENTINE from SANDY BLAIR 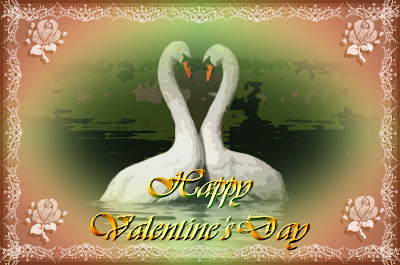 My guest today is Sandy Blair, the remarkable author of Scottish Historical Romances such as the recen 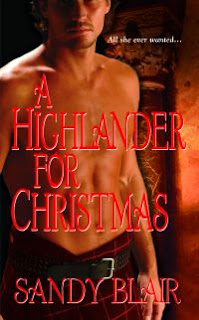 t A HIGHLANDER FOR CHRISTMAS, which I think will become one of my all time favorites.

Sandy is giving us a special Valentine post, with some very interesting Scottish and Medieval Valentine customs

Recently our confirmed bachelor friend Dave Dion married beautiful Cheryl and a happier couple I’ve yet to see.
The intimate wedding chapel they’d chosen for the ceremony was nestled in a small town just north of Clearwater, Florida, the place where they’d met and fallen head over heels.

The ceremony was lovely. The glow from tall cream-colored candles enhanced the bride’s petite blonde beauty, and the father of the bride struggled mightily to hold himself together as he gave his only daughter away. Dave managed to hold back all but one tear as he said his vows. The bride, not nearly as stoic, was thankfully wearing waterproof mascara.

And the best was yet to come.

During their beautiful reception they held a “married couples dance.” The 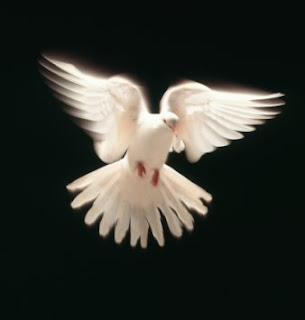 music started and after a few minutes the MC said, “Will those who’ve been married less than 5 years please leave the dance floor.” This continued at five year intervals. Since Scott and I happened to be celebrating our 39th wedding anniversary, we hung in there for awhile but by the end only one couple remained. Dave’s aunt and uncle, their once strong but now fragile hands entwined between them, their foreheads touching. Grinning like newly weds these octogenarians had recently celebrated their sixty-third wedding anniversary.

Yes, forever love is still alive and well for those who believe and work toward it.

And with Valentine’s Day so close, here’s a few bits of history about the day. 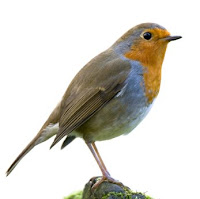 s long been a very important day in Scotland. During the Middle Ages Valentine’s Day was greeted with even more anticipation than Christmas. February 14th was not only a time of gift giving, but an excuse for large parties at which single women would write their names on paper hearts and placed them in a bowl. The single men drew a heart/name from the bowl, pinned the heart on his sleeve (hence the saying) and the lady became his Valentine for the week. Rumor has it that many of Cupid’s arrows did hit their mark.

By the 18th century many of the wealthy wore diamond “scribble rings.” Both men and women used them to etched love messages onto their beloved’s window panes.

By 1840 we had commercial Valentine cards and by the 1890s in New York, young women were tying a knot at the end of a long cord and sally forth on Valentine’s Day, gently swatting the young men that caught their fancy. Hence the term “love taps.” 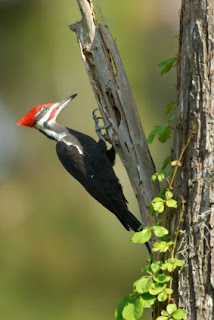 English tradition holds that a girl will know the type of man she’ll marry by the first bird she spies on Valentine’s Day.

Wishing each and every one of you a lovely Valentine’s Day!
Sandy

WHO'S THE HERO? Winners

All winners, please email me at contest@dellejacobs.com (PLEASE cut and paste this addy because the link isn't working right) so I can send your prizes to you. 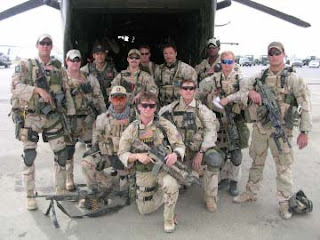 I'm back from frozen Kentucky now- it was 16 degrees when I arrived, and the very next day reached 62. You can be sure I was happy for that.

I went to Kentucky to be with my son-in-law and family as he graduated from Police Academy. This was a proud occasion for all of us, for a family member of whom we have always been proud. I wish I had a photo of him in his uniform with his new badge, but David is not at all that keen on having his photo shown around. Not even on having his name out where others can see it. So he'll just be David here, and the photos I'll show will not be all that identifiable, nor the information that specific.

Cops come in all different sizes, shapes and personalities, but they also have certain things in common. They get into that line of work for specific reasons, and they do tend to have certain personality characteristics. Many fit the Warrior archetype which romance authors use in novels.

Warriors have been a part of human society forever. They're full of adrenaline and testosterone, these guys, and I noticed a large portion of this class of 42 had military backgrounds. Several came from families in which law enforcement is a tradition.

But it' not all about testosterone. I saw four women in the class, and all four were quite small. But in just looking at them, I had no doubt they could do the job, and they didn't need to play tough to do it. It was clear they had the respect of the entire police force as well as their academy class. I learned a lot about the men just from watching the women. Knowledge, intelligence, good judgment, a sense of fair play, confidence, competence, courage, are all required. They see themselves as protectors, defenders, and they're willing to put everything on the line to do what they need to do. They have an authoritative edge to them, and they're sharp and quick when it comes to making decisions. They're our everyday heroes. Being a hero is their job. 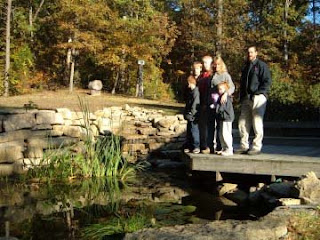 David served in Afghanistan, then later in the Middle East, in both Iraq and the Horn of Africa, in counter-terrorism activities. He's promised to tell me about it when he's finally allowed to talk, but that's not now, so all I can really say is that he was with a Special Forces unit. Note how generic the photo above is- you get no clue of where this scene takes place. But whatever it was he did, in most ways, he loved it, and believed in what he was doing.

So I think it was really hard for him when he had to leave the Army to come and care for his two children. But he's a man who loves his kids and is unwilling to let them do without a good parent.

Enter my daughter (an excellent hero/heroine in her own right because she's never ever one to allow a child or animal to suffer) and her two fabulous boys. The merged family has prospered, and the two lonely, bratty, out-of-control children have turned into delightful, bright, mannerly, yet still somewhat-of-a-handful kids. My daughter's two boys have turned out marvelously well, too, but then they've always been great kids- well-mannered, excellent students, who just don't get into trouble, and are helpful in all regards. It's quite an amazing household in many ways.

At first, civilian life took its toll in adjustment on David. Life must seem pretty tame on this side of the war. Finding a job in which handling a gun is a major skill wasn't easy. What he found required too much traveling, leaving kids too much with their step-mom, when he really needed to be with them. So law enforcement became the goal. 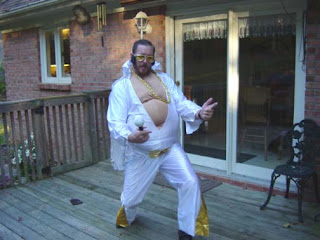 Like most cops, David is one not just because it's something he can do. He does it because it fits who he is. He's the kind of cop we want out there on the street, who's there to defend and protect, and who can do it with intelligence and good judgment. And he can be there for his family, being the father his kids need, giving them the stability and consistency they need to prosper in their lives. Because he's a hero.

Oh, and did I mention he has a great sense of humor? A good trait for Alpha cops. A real necessity for great heroes.
Posted by Delle Jacobs at 8:13 AM 1 comment: