(SO SORRY FOR THIS DELAYED POST, EVERYONE. I THINK THE EMAIL SNAIL DROPPED IT IN A HOLE. AND YOU KNOW HOW WELL I SEE INTO HOLES. --Delle) 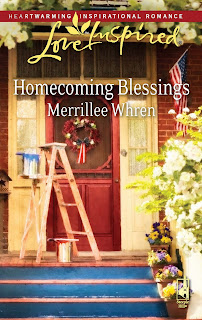 Heroes inspire us all to be better. The heroes in inspirational romance are very much like the heroes of all romances. They want to get the girl, but sometimes, in the beginning of the story, they don’t know it. The one thing that makes them different is a renewed or strengthened spiritual life that causes them to realize what is important and makes them step up to be heroes.

My favorite type of hero is the reluctant hero. They don’t set out to be heroes and seldom know they are. I love the lyrics to the song “Hero” sung by Mariah Carey. I think this song describes the reluctant hero perfectly. One line talks about casting fear aside. That’s what a hero has to do.

My current book from Steeple Hill, HOMECOMING BLESSINGS, is the third book in a series I wrote about three brothers, Wade, Matt and Peter Dalton. These men have chosen very different paths to follow but are all reluctant heroes in their own way. 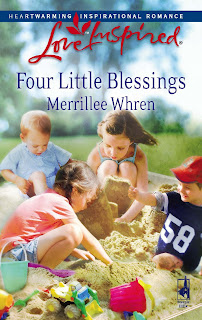 Wade Dalton, the hero of FOUR LITTLE BLESSINGS, finds himself living next door to a young woman and her four noisy and exuberant charges—her two nieces and two nephews. All he wants is peace and quiet, but he is drawn into their lives and becomes the hero he never expected to be when he falls in love with all of them and has to cast aside his fear of being too old and too unhealthy to make them a family.

Matt Dalton, the hero of MOMMY’S HOMETOWN HERO, has been a hero on the battlefield in Afghanistan, but he never expects to be hero material when he returns home a wounded veteran. He especially can’t see himself as a hero in the eyes of the young woman that he has known since they were kids, especially since she is now a famous television star. He not only becomes a hero to her but to her little girl, as well, as he overcomes his fear of not measuring up. 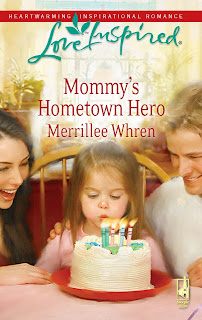 Peter Dalton, the hero of HOMECOMING BLESSINGS, learns how to be a hero when he is thrust into an unfamiliar situation as he oversees a mission project where he has to work with his boss’s missionary daughter. He is sure his spiritual life can’t begin to measure up to hers. But he slowly and reluctantly falls in love with her and finds a way to overcome his fear of rejection.

I love to read stories about people who step up to a challenge despite their fears. Tell us about the reluctant heroes you love—fictional or real.
Posted by Delle Jacobs at 9:16 AM 3 comments: